All the powerpoints had hidden themselves irretrievably somewhere in a distant inbox for the last time, the microphone had been snatched from the last speaker who had grabbed it despite the moderator's entreaties, the final chart of wishful-thinking finances had been folded away. The staff could relax and begin to realise just how tired they were. The elections to the board had left some cheering, some fuming and others glad they had not been put through the ignominy of raw democracy. The Summit hotel was waving its multinational reprobates off in taxis with barely disguised relief. Yes, the hard work of the Galway Arts Festivals Summit was over.

Officials had hurried to yet more important meetings, delegates watching their budgets had rushed back across Ireland to catch early planes. Some had drifted away, eager to show superiors they were not on holiday. For the busful of lingerers, though, this was the best bit: a chance to talk properly as they were trundled through the dismal Galway suburbs and out into the astonishing country on the South side of the bay. They had an afternoon to take in the scenery and hours after dark for revels.

Colm Croffy switched from conference host, grand panjandrum of AOIFE (which turns out not to be an obscure swear word in Gaelic but the acronym for the Association of Irish Festivals and Events) to irrepressible purveyor of history and folklore. For those of us keen players of Competitive History Rugby, Colm turned out to be a master. Not an oyster shell was left with its story untold, ne'er a rock spared the tale of the honest peasant's daughter thrown from it by a haughty ancient prince, hardly an abandoned hovel passed without homage to its ghosts, driven to the Americas by the iniquities of landlords. Every story was a converted goal worthy of Johnny Sexton (for those not French, Irish, Welsh, Scottish or Italian, look him up).

The Italians watched football on their mobile phones and commented loudly on the uselessness/brilliance of Inter Milan, finding the ruggedness of The Burren so - well - Unrenaissance. The Burren: that ferocious stretch of County Clare that looks as if giants have been using its boulders for hurling practice. Beneath its stripped and shattered limestone cliffs, the fields are either a mass of stones too depressingly numerous and vast to shift by farmers' hands or divided with similar stones gathered into walls with all the neatness of embroidery. Here the water and salt wind rule.

The rain arrived but so did rainbows. At the edge of Europe the bus paused. Distinguished delegates clambered down onto the shore where the rock resisted the tide. The Aran Islands, Inishmore, Inishmaan (so like the Welsh Ynys Môn it's surely related) and Inisheer, appeared from the clouds and then performed their best mystic vanishing trick into the sunset. A little damp and chastened by their exposure to the Atlantic, the arts crew from landlocked cities retreated to the welcome refuge of the coach - though a few were nearly left in gathering dark to roam the coast as lost prophets.

A few miles back along the road they were ejected once again, this time into a village bar, opened specially early to allow them to experience a pint of Guinness as it should be tasted - smooth, not too cold or fizzy and cradled in the hands in front of a roaring fire. Colm was not about to let them dwell and get comfortable with a second glass, though. He herded them to the dour fastness of Dunguaire Castle - not to languish in its dungeons but to be initiated into the winter tradition of the hot toddie, the whiskey cure for all sniffles, the potion that gives COVID a finger gesture that would land a politician in a media storm.

The winter night had closed in by the time they were let out of the castle. After that it was back to the twenty-first century and the final dinner by the sea, not the stiff long table of worthy gentlemen giving speeches over nouvelle cuisine but a takeover of Kinvarra's Pier Head Restaurant for lashings of wine and the sort of food to comfort a cold fisherman on a November night. Apparently later, back in Galway, there was another meeting involving whiskey and a hard core of survivors with the sort of stamina that only fades when the bottle is empty - but your chronicler was asleep by then. 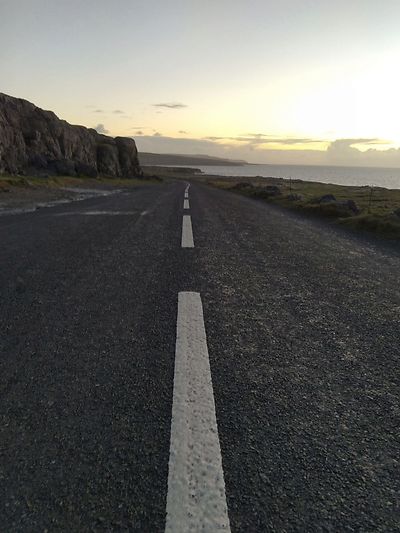