Held by the Castell de Peralada Private Foundation, the competition for the 3rd Carmen Mateu Young Artist European Award is dedicated to the category of Dance this year. Nominations have opened for young choreographers in classical, neo-classical and contemporary style, who are no more than 35 years old at the date of their nomination, who have pursued their careers in dance and one of whose choreographies has been performed.

Candidates must be of European nationality or resident in Europe; for these purposes, Europe means the member states of the Council of Europe at the time of the nomination.

The winner of the third Award will be announced in the autumn of 2022 and will receive a prize that brings with it €30,000 as a fee for a new choreography commission and a trophy created by artist Santi Moix.

The jury of International experts will announce its decision on 21 November 2022 of the candidate who has proposed the best choreography to be commissioned to create a work to be premiered at the Castell de Peralada Festival 2024.

The money that goes with the prize will be received as follows: the first €10,000 will be given at the same time as the award of the prize; the next €10,000 in the course of the creation of the choreographic work at a time determined by the Festival, and the final €10,000 on the premiere of the dance piece as part of the 38th Castell de Peralada Festival.

The Castell de Peralada Foundation launched the opening of nominations for the 3rd Carmen Mateu Young Artist European Award, Opera and Dance to recognise the achievements and promote the careers of young choreographers. The prize, inaugurated in 2019 with the aim of supporting creation by emerging artists in the fields of dance and opera, is also intended to perpetuate the memory and preserve the legacy of Carmen Mateu, patron and original guiding spirit of the Castell de Peralada International Festival.

The Carmen Mateu Young Artist European Award is a multidisciplinary prize of unique character which is awarded in alternate years in the two principal categories of the Festival, opera and dance.

Isable Suqué Mateu, President of the Castell de Peralada Foundation, President of the Jury for the prizes and daughter of Carmen Mateu, drew attention to the strong reception that the first two competitions enjoyed in Europe, with high levels of participation, “my mother would be deeply happy to see the great level of excellence of the candidates nominated in the first two years. Talented young people were always one of her great weaknesses, and for us as the inheritors of her legacy, to give continuity to her cultural project through the Carmen Mateu Young Artist European Award, Opera and Dance is a great satisfaction and a great responsibility.”

Oriol Aguilà, Director of the Castell de Peralada Festival and Vice President of the jury, focused on the spirit of a genuine project linked without question to the support of emerging creators and artists: “the aim of this prize is to promote the careers of young talent in the fields of opera and dance, especially artists at the beginning of their professional careers. This time, the prize is aimed at young choreographers working in classical, neo-classical and contemporary dance. The prize will recognise the excellence of their achievements, but will also consider projects for the future, the artistic significance of their work and their personal choreographic language.”

In its first year, awarded in the field of dance and for the specialism of classical or neo-classical ballet dancer, the prize was awarded to Maria Khoreva, first soloist of the ballet of the Mariinsky Theatre of Saint Petersburg. In the second year, the prize was for opera, specifically composition, and was won by Helena Cànovas. 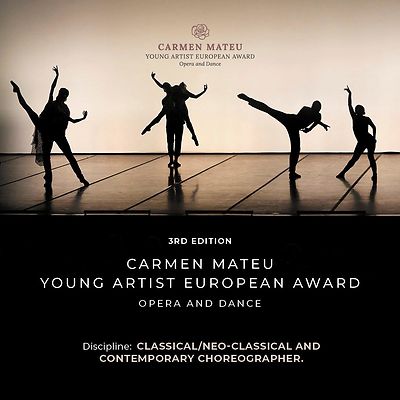