Festival Ljubljana is organising the traditional, 36th Slovenian Music Days, which will be held from 19 to 24 April in the Knights' Hall at Križanke, the Philharmonic Hall and Cankarjev Dom. This celebration of Slovenian music combines contemporary musical composition and performing, featuring not only compositions from the core repertoire of our musical treasure chest, but also those that lie forgotten in the music archives. The Slovenian Music Days encourage reflection and the search for new routes into music, presenting new discoveries, offering alternative views and inviting a meeting of different opinions.

The main focus of this year’s Music Days is one of Slovenia’s main musical institutions, the Glasbena Matica Ljubljana, which is celebrating its 150th jubilee. An International Musicological Symposium will be held under the artistic direction of Jernej Weiss, bringing together recognised Slovenian and foreign musicologists from Europe’s top universities. This year it bears the title Musical associations in the long 19th century: between amateur and professional culture, and it will address comparable international societal activity in the 19th and early 20th centuries.

For more information about the programme and for the latest updates, have a look at the festival's website: ljubljanafestival.si 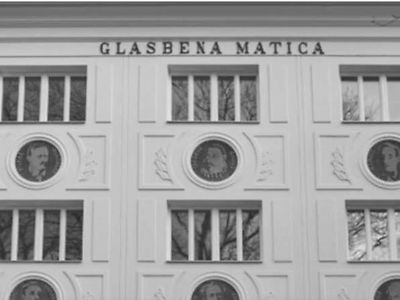