The Composition Competition and Nevit Kodallı Polyphonic Choirs Festival, which are held every year in order to highlight Mersin's cultural richness, have been postponed again to the next year. While the festival will hand out awards in 3 different categories, namely the Art Award, the City Award and the Nevit Kodallı Young Talent Award, the MUMF 20th Anniversary Special Award will also be given this year.

The curtains are opening with Turkey's opera stars. The festival also organises a concert in the memory of UNESCO prized inter-religions peace envoy Lina Nasif from Mersin who passed away last year. 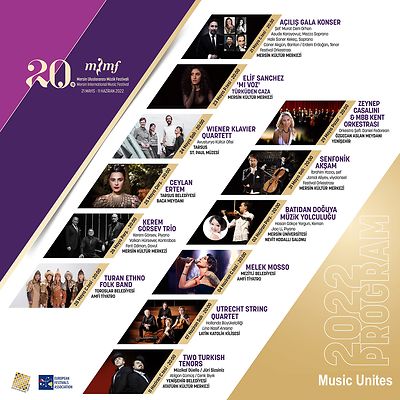