For its 73rd edition, the Dubrovnik Summer Festival wants more than ever "contribute to this magical moment when people get together, exchange experiences and sometimes even share hearts" (extract from the Letter from the Artistic Director ahead of 73rd Festival).

During 47 days of summer, the audiences will have the opportunity to enjoy a carefully selected programme comprising the Festival’s own productions and top guest performances featuring some of the best Croatian and international artists.

The core of the 73rd Dubrovnik Summer Festival’s drama programme is comprised of Festival’s own theatre productions, including two premieres and three successful plays from previous seasons. The premiere theatre programme takes us back to the Festival’s Mediterranean roots by placing it within the thematic framework of passion, in its comic as well as poetic and tragic form. Lovers, one of the Dubrovnik’s best-known prose comedies of the 17th century, will be the first Festival drama premiere this year, while the highlight of this year’s drama programme is the first staging of F.G. Lorca’s 1933 cult drama Blood Wedding at the Dubrovnik Summer Festival. This year’s drama programme includes the Festival’s production of Magelli’s award-winning Hamlet on Lovrjenac Fort, with its complex exploration of European identity crisis and Dubrovnik’s own Frano Mašković in the lead role, as well as last-year’s highly praised production of Ivan Salečić’s Lion House directed by Aida Bukvić, the winner of Orlando Award for best play, and the favourite of the Festival audiences, the play about Dubrovnik gossipmongers Mara and Kata, a project by Saša Božić in collaboration with actresses Nataša Dangubić and Doris Šarić Kukuljica which will be performed at Kazerma. As part of the ongoing collaboration with the Dubrovnik Summer Festival, the Croatian National Theatre Zagreb will perform My Brilliant Friend in Gradac Park, based on Elena Ferrante’s novel, an enthralling portrait of Italian society over several decades. The Croatian National Theatre Zagreb will perform Pride and Prejudice on the same stage in Gradac Park. This ballet piece based on Jane Austen’s eponymous cult classic is choreographed and directed by the distinguished contemporary ballet choreographer, Leo Mujić. An indispensable part of the Festival’s dance programme, the Linđo Folklore Ensemble will traditionally present Croatia’s rich folk music and dance tradition.

This summer, the 73rd Dubrovnik Summer Festival music programme includes performances of pianists Vadym Kholodenko, laureate of the Van Cliburn International Piano Competition, who regularly performs on world’s most prestigious stages, and Lovro Pogorelić, a musician with tremendous focus and energy, who will perform the original version of Liszt’s Transcedental Études. For the third consecutive year, laureates of the Ferdo Livadić International Young Musicians Competition will present themselves at the Festival. This year, they are tenor Filip Filipović and flutist Lucija Stilinović. They will be accompanied by the Dubrovnik Symphony Orchestra, which will have two performances at the 73rd Dubrovnik Summer Festival under the baton of two different conductors, maestro Ivan Hut and the charismatic young chief conductor of the Zagreb Philharmonic Orchestra, Dawid Runtz. Celebrated guitarist and Decca and Deutsche Grammophon’s blockbuster, Miloš Karadaglić, will perform at the Rector’s Palace. The Zagreb Quartet and their guests will be in charge of chamber music this year, and the audience can also enjoy the fourth edition of the concert programme Dubrovnik on a Rock of Music, with select Dubrovnik musicians and Dubravka Šeparović Mušović. Claudio Monteverdi’s magnificent Vespro della beata Vergine from 1610, performed by the Antiphonus Vocal Ensemble, will evoke the Baroque, pre-earthquake splendour of Dubrovnik; the vocal part of the programme will be concluded by the gentle queen of spontaneity and warmth, Spanish soprano Nuria Rial.

This season, the Dubrovnik Summer Festival will premiere The Enchanted Forest, a musical stage piece for children based on eponymous novel by Sunčana Škrinjarić.

The Festival will traditionally close on 25 August with the concert of the Croatian Radio and Television Symphony Orchestra, conducted by Ivan Repušić, with the world-renowned young American soprano Nadine Sierra. 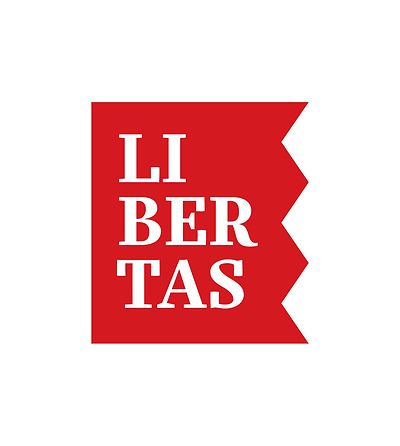