The 26th international Gdańsk Shakespeare Festival will be held on 27 July–6 August 2022. Many new features are coming this year, with 5 performances in the Golden Yorick finals, an international jury selecting the winners in two competitions, money prizes and increased production funding, along with a new motto to go with the entire event.

MOTTO OF THE FESTIVAL

“Between Heaven and the Stage. After the tempest?”
The motto of this year’s international Gdańsk Shakespeare Festival is a direct reference to the title of the book by Professor Jerzy Limon, a visionary, eminent Shakespeare scholar, creator of the Gdańsk Shakespeare Theatre and the Festival’s Director for 25 years. The question posed by the organisers in the motto’s second part is, on the one hand, a reference to the three extremely different international productions of The Tempest coming to the Festival and, on the other hand, to the tempests sweeping across the world: political, pandemic, climatic and those related to the human condition.

Productions from Italy, Denmark, California, the Czech Republic, Norway and Poland can be seen within the framework of the 26th International Shakespeare Festival. The programme includes a VR “Hamlet”, a funereal musical, dance theatre, projects from the borders of various arts and many accompanying events.

The 26th International Shakespeare Festival is inaugurated by “The tempest” from the Italian director, Alessandro Serra, who is well-known to Gdansk audiences. In 2018, his “Macbeth” was received with long standing ovations. This production was hailed as the best Italian production of 2017 (the Premio Ubo award) and brought its creators international acclaim. On this occasion, Serra will transport the Shakespeare Festival audiences to a zone of fratricidal war. On 27 and 28 July, audiences will see Prospero’s island on a 278 square metre stage, worm-eaten and weather-beaten, constructed on the exceptional, for Poland, Elizabethan stage of the Gdansk Shakespeare Theatre.

On 28 July, you will be able to see the effect of cooperation between Glad Teater and HamletScenen from Denmark, a contemporary dance production about dreams and destiny. “The tempest” is performed by Nielsen, Lund and Gitz-Johansen and it is minimalistic. It is based on the choreographic work of Antonio Quiles.

The last production of “The tempest”, on 31 July, shows an island of sounds in a jungle of microphones, cables, instruments, video cameras and projections, as performed by the Bulandra Theatre from Romania. The whole is supervised by a star of the Romanian musical scene, Ada Milea (responsible for music and directing) and Andu Dumitrescu (design).

“The Gdansk Shakespeare Theatre returns with a festival for everyone,” emphasises Joanna Klass, the curator and theatrical producer responsible for the selection of international productions during the upcoming edition of the festival. “We have invited new productions created in various places around the world at a very difficult time, a time of many changes caused by the pandemic, wars and other disturbances. After such tempests as these, the plays of Shakespeare, written hundreds of years ago, can still move and entertain.”

Apart from the three, widely different, productions of “The tempest”, fans of the Shakespeare Festival will see “Hamlet on the road” - a funereal musical inspired by the poetics of travelling, nomadic puppeteers. The show, directed by Joanna Zdrada, was awarded the Grand Prix at the 27th International Festival of Puppet Theatres , “Spotkania” (“Meetings”), in Torun. The Radost Theatre from Brno is a specific group of artists - one of its members is a gravedigger. Will the actors, immersing themselves in their roles, succumb to the murderous madness of one of Shakespeare’s bloodiest tragedies? You can find out on 31 July.

In turn, “Romeo and Juliet and other stories of amorous catastrophe”, directed by Rolf Alme, is a performative show. It won the first edition of the ShakeSphere competition organised by the European Network of Shakespeare Festivals in 2022. The Norwegian Christian Hesto and the Pole Piotr Misztela perform Shakespeare’s tragedy, complementing its narrative with contemporary true stories about impossible or criminalised love. The tragedy of these tales is obvious and oppressive to the degree that you can only refer to them with the help of theatrical means of comic expression.

Lovers of theatre using the newest technologies will in turn be cheered by the Californian “HA-M-LET”, a multilingual production. On 3 August, madness, duplicity and conflict in the family will take on a digital form. Thanks to materials drawn from Shakespeare’s play, the internet culture, home video movies and 3D animations, the intermingling images will flow fluently between the landscape and the body of the performer, Peter Marks (CalArts Center for New Performance), between narrative and biography.

The National Theatre in Brno will face up to questions of identity and the crisis of the individual. On 3 August, it will present “Twelfth night, or What you will”, directed by Štěpán Pácel. Attention should be paid to the set design by Dragan Stojčevski. You will see an eight-metre wave and hectolitres of water - the work of the well-known creator.

“There is a multiplicity of interpretations of Shakespeare and a variety of theatrical aesthetics, from classical performances, through musical jokes, to minimalist choreography, or VR productions, dramas and comedies - inspiring us to consider the condition of the individual in today’s crazy world (let us not be afraid to use this term). This all invites the viewer to seek an answer to the question about what will come after the tempest, what tempests mean for the individual and the world, how to find oneself in all of this,” says Agata Grenda, director of the Gdansk Shakespeare Festival.

The 26th Shakespeare Festival is being organised at a particular time – during a war which is being waged across Poland's border and stands together with Ukraine. The festival has decided to invite creatives and representatives from Ukrainian festivals (Gogol Fest, Porto Franko from Ivano-Frankivsk) and also two directors present at our Shakespeare Festival (Tetiana Shelepko and Tamara Trunova) to address us and to tell us how the Ukrainian theatre is functioning during a war.

Every year, the loyal fans of the Festival look forward to seeing the season’s best Polish Shakespearean productions. Once again, their selection was entrusted to theatre critic Łukasz Drewniak, who chose as many as the five best ones out of all premiere performances dedicated to the work of William Shakespeare. One of them will win the Golden Yorick and PLN40,000, which is new compared to previous years, when the Golden Yorick was an honorary statuette only.

ShakespeareOFF, which has been evolving dynamically in recent seasons, will also be a competition this year. Its aim is to invite artists and non-institutional groups for whom Shakespeare’s work is the point of departure in their projects. ShakespeareOFF is curated by Katarzyna Knychalska, founder and president of the Nie-Taki Theatre Foundation, Wrocław, publisher and editor-in-chief of the teatralny.pl web portal. 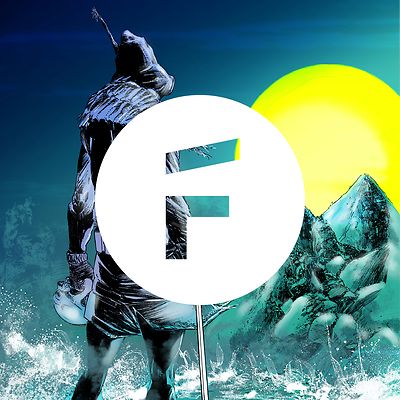