Festivals and Sustainability - Work In Progress

At EFA's Arts Festivals Summit in Yerevan the session on Sustainability did much to set the agenda for the coming years. It emphasised the leadership role festivals could have in campaigning, by setting examples within their own work to shift events towards carbon neutrality, and by collaborating.

There is enormous scope for festivals to work together, not only by sharing artists and productions, but in shaping new working practices and projects that contribute to the efforts to reduce the impact of climate change. It was pointed out that cities and governments will in any case soon start to demand that funding agreements include a requirement for festivals to have a clear and demonstrable climate change strategy.

While the climate issues around live audiences and the circulation of artists are not easy to solve for all festivals, especially those that are based on long-range tourism and the import of large groups of performers, there are measures that even the most traditional festivals can take. One example was the opportunity to add a ticket surcharge that enables a festival to buy trees in the European Festivals Forest being planted in Iceland under the auspices of the country's forestry service; an initiative of two of EFA's close collaborators, Tamar Brüggemann and Peter Florence. Iceland was chosen, partly because of the expertise of its foresters in planting, measuring and mapping, but also because the island is free of squirrels, animals that do enormous damage to young trees. The forest is being created mainly from birch and poplar trees and the aim will be to ensure that it does not release the carbon it stores through a constant process of replacing ageing growth. Several festivals, including Wonderfeel in the Netherlands and Huddersfield Contemporary Music Festival in England, have already signed up.

A central plank of any festival action has to be education - not just of young people (who are anyway likely to be the most active and involved in the subject) but the community as a whole. An example given was Festival City Leeuwaarden's Mobile Forest, which repopulated several locations in the town with full grown trees over the period of a weekend to show what a different sort of streetscape could look like.

In Hungary the Valley of Arts Festival is acting as a hub for helping other arts organisations design their climate change strategies, from advice on waste management to going about rural development in more sustainable ways; for example, by giving precise instructions to suppliers, especially catering companies, and checking that they comply. It has also installed its own biodegradable processing facilities.

Meanwhile in Italy an institute based in Rimini, Rete Ambiente e Salute, has opened a certification system for green events, with third party evaluation to avoid 'green-washing'. A masters degree module has been constructed and a mantra adopted: Reduce, Reuse, Recycle, Repeat. The Rossini Festival in Pesaro was put forward as a success story in this regard. In Poland, Robert Piankowski, Deputy Mayor for Culture in Krakow, pointed out that 'Eco issues are not a fashion', and that younger audiences expected festivals to be green compliant - and also to be consulted on the agenda.

The session in Yerevan, conducted in a sombre mood as news as attacks by Azerbaijani forces on Armenian positions filtered through to the assembly, reminded members that festivals are not just periods of artistic presentation, they are an important component in drawing attention to local and global issues. Most of all they can put forward and demonstrate practical solutions.

A blue print for Sustainability in Festival Planning was put forward, to be discussed further at the 2023 Assembly in Girona. It included a call for a European Manual for Sustainable Festivals and:

1) Artistic examination of the climate crisis,
2) Evaluation of production conditions and the 'carbon literacy' of suppliers,
3) Accurate carbon footprint measurements for festivals,
4) Incentive funding alongside any obligations and requirements. 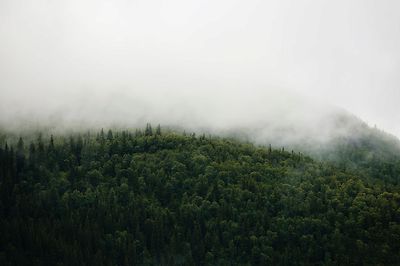