The expectation for opera festivals in Italy is that everything will be big; big egos, famous names, audiences who come to show off their costume jewellery, sets out of a Visconti film – and at least one Roman amphitheatre in a tourist hot spot. The Valle D'Itria Festival lives up to none of these expectations.

It takes place in a region of Italy that has always been seen as eccentric, rather than fashionable, with its main towns (Bari, Brindisi and Taranto) thought of as industrial backwaters rather than national treasures. Puglia is the heel of Italy and the country has usually treated it as such – despite the fact that it produces 40% of the nation's olive oil and its red wine, Primitivo, is some of richest and smoothest in the Mediterranean. The ancient Greek empire regarded the region more highly than Italy has. For most of the time between the Renaissance and the Risorgimento, it was the most distant and ignored province of the Kingdom of Naples. For many people in Puglia the ties to Naples are still strong and they see that old seat of power as their natural capital, rather than Rome.

In fact everything about the Valle D'Itria Festival is modest except its tradition and ambition. It was founded in 1974 in the town of Martina Franca, a place with a pretty old centre within the hilltop walls but some undistinguished twentieth century suburbs too. From the centre, though, it only takes a few minutes to drive into the strangely cluttered farming landscape, with its dry stone walls enclosing ancient olive groves and peculiar trulli shelters (many now converted into characterful but inconvenient houses) with multiple conical roofs suggesting a coven is meeting inside.

Alberto Triola has been Artistic Director for the last nine years and he says the festival, “was founded as a laboratory. For an audience it should be an immersive experience with a strong relationship between the content and the environment. It must be seen in total, and the music must be heard in buildings that are full of memory”, which also explains why his first port of call when picking operas is from the 18th century lists of the Teatro San Carlo in Naples. 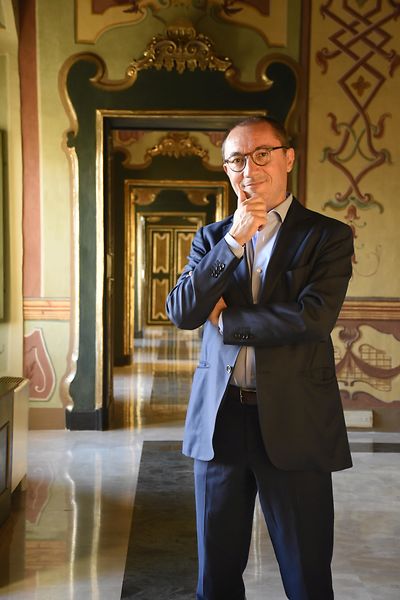 The buildings of Martina Franca are used for their characterful outdoor spaces rather than their sumptuous halls. This, and the time performances start (rarely before 9pm) is dictated by the temperature. This summer has been particularly hot, of course, but even in 'normal' years, it can be no joke trying to sing in complicated costumes under lights when the thermometer is reading in the +30s. One soprano, the excellent Rachael Birthisel, who had the leading trouser role in Alessandro Scarlatti's Il Trionfo d'Onore, told me she had probably lost kilos scampering about the courtyard of an 18th century country mansion. Since she had been padded out anyway to increase her bulk, the contrast between the way she looked on stage and off was startling.

That 'farmyard', as the elaborately elegant, if dilapidated, place was rather unkindly called, was a few miles out of town and proved the perfect setting for Scarlatti's only opera buffa. The main performance space, though, is the much grander courtyard of the Palazzo Ducale, now used as the town hall. This seats close to a thousand and allows for a high, wide but not particularly deep stage. This is where the big productions happen – and in the interval the audience tumble out to the bars in the square, competing with the late tourists and the locals who promenade the streets, the peak hours being after ten.

The repertoire focus is on rare opera from the bel canto period which has been defined for programming purposes as being from Monteverdi to Bellini. Over the years there has been an increasing emphasis on period-appropriate performance, at least on the musical side. On the production side Triola, himself a director, is keen to refresh the works by turning to some of the more adventurous teams in Italian theatre, which can be a risk but one he feels is worth taking. “Many of the operas we stage have not been seen for many, many years so they deserve a revival that is exciting.” 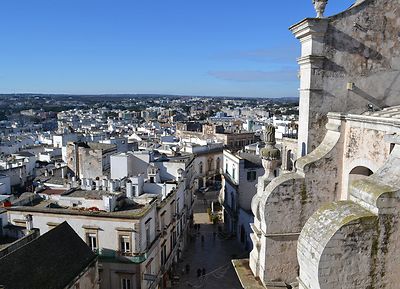 Experiment also extends to the singers who come. There are a few seasoned professionals, like Carmela Remigio who has been a stalwart of Italian opera houses for quarter of a century, but many are emerging singers who come to gain experience. In Martina Franca there is a Bel Canto Academy which runs in parallel to the festival and supplies many of the smaller roles and understudies. The participants also give several early evening concerts – concerti di sorbetti, which live up to the name by giving the audience a free sorbet at the end.

Alberto lives in Milan, where he spent 12 years at La Scala. He began his career as an engineer, a background he shares with the great head of La Scala and the Metropolitan in New York in Toscanini's time, Giulio Gatti-Casazza, whose biography he has written. He then worked in Genoa and Bologna before spending five years as Director General at the opera in Florence.

One result of this breadth of experience is that he has taken the opportunity to expand the repertoire of the festival – still leaving out the verismo composers but reviving pieces from the mid-20th century by Nino Rota and his teacher, the Vivaldi specialist Alfredo Casella. Triola has also looked to widen his options for co-productions, not only with Italian partners (Turin, Florence and Venice) but also with Wexford in Ireland which has a very similar ethos. “Rare operas, hardly ever performed, are expensive to research as well as produce, so they cannot just be given on a few evenings. They need a longer life.”

I spent a very rewarding four nights at the Valle D'Itria Festival this summer and, if the days were too scorching to do any serious sightseeing, the glories of the music and Puglia's food and wine made for delightful days.

Festival della Valle d'Itria in Martina Franca was founded in 1975. Right from the start the main characteristic of the festival was the revival of undervalued musical repertoires, particularly the belcanto repertoire – from Monteverdi to proto-Romanticism – and the tradition of the Neapolitan music school, whose major protagonists were composers from Apulia. Productions are known for the authenticity of the texts (often performed full length) and the faithfulness to the original vocal types. 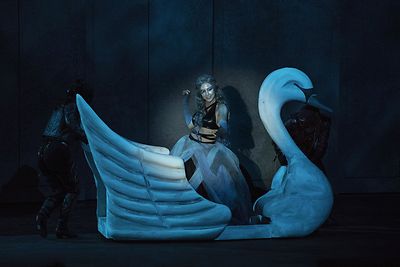