This is a festival that is a product of its city's contradictions – or rather the contradictions that arise when the different cities of several millennia are pulled together in one modern metropolis, in this case Mersin, the largest port conurbation, formed from a collection of townships on Turkey's Southern coast that date back to the Hittites and beyond. At a point that one might describe as the centre of its history there were the great glory years of Tarsus, the ancient capital of Cilicia where Anthony first met and plotted with Cleopatra, which Paul who became a Saint called his home town, and where Julian, the last Pagan Emperor of the Roman East, was buried.

To the east is Adana, rather overshadowed by its neighbour but important because it is the last major centre before the coast turns south and becomes the Levant. The port that served them and became Mersin was Zephyrum, renamed in imperial style Hadrianopolis (he had more than one wall named after him).

Fast forward 20 centuries and Mersin sprawls along the shore, its ships the main link with Turkey's satellite in Northern Cyprus. There was a heyday for the new conglomeration in the early years of the last century, though developments in the 50s and 60s were as unattractive as anywhere else. By the time Selma Yağcı started a festival in the 1990s she felt a great deal of the city's old sophistication had been lost. “During my childhood it felt very European and cosmopolitan,” she says. “I remember my mother taking me to see Madame Butterfly. But in the 1960s so much changed as people were brought in from outside,” she referred to the mountains of Anatolia and the rural east, “as the government expanded industry.” While this meant a population and building boom it also meant that community networks were dislocated and Mersin's cultural life, she says, “dumbed down”. 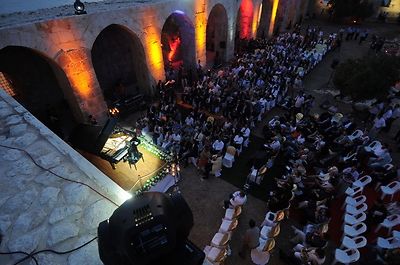 Selma felt that music had to have a role in reinvigorating the quality of life. She started the Mersin Polyphonic Choir and began to take singing back into the schools. “We had to get people talking together again. In a choir you have to listen to the person next to you.” Many of the settlers who flocked to the city were virtually destitute, “they didn't have shoes, the children had to work.” She started choirs for them too and schemes to help many through school and, eventually, university. She sees choirs as an important element in “a life of hope”.

The festival itself was started in 2002 as a voluntary association, “and it is still run by volunteers” but with the active help of the area's professional arts institutions, including its Opera House. The community base also means that the festival programmes a wide range of music, not just classical, although it is predominant. Turkish folk music usually has a place. Programmes are designed to appeal to the wider local public as the eruption of choirs in Mersin's shopping centres demonstrates. “We have sopranos on one staircase, altos on another. Our choirs perform outside, in the squares too, so that everywhere you can hear singing. We try to meet the tastes of all the different groups in Mersin.” 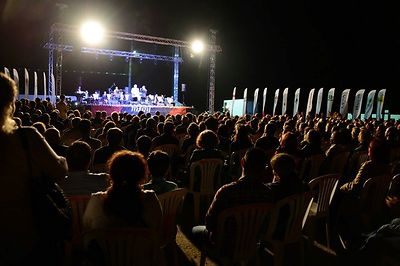 For foreign visitors the festival's attraction is most likely to lie in the chance to hear music in some of the region's remarkable sites from civilisations that predate the modern period. In Soli there are the remains of the alternative port the Roman General Pompei built to fight the Seleucid pirates who dominated Mersin itself. The town has given one word to English (a glorious piece of trivia, this): solecism – meaning a less than pure linguistic word. The backhanded compliment was given because the Greeks from Rhodes who settled the area in Homeric times spoke with such provincial dialect. Nowadays we would call it diversity, of course. Another extraordinary but macabre venue is Kanlidivane, Greek Canytelis. This is a rock formation surrounded by ancient ruins and caves cut into the cliffs but the geological sinkhole was also a place into which criminals and political opponents of Rome were hurled to their death.

The festival, though relatively small in terms of formal concerts, has to go through a complicated process of artistic selection that, while it would be odd in Western Europe, is not uncommon in Turkey. There is an artistic board which is consulted on the programme details and the region's Governor has his opinion too. Selma, though, brushes this aside. “The municipal leaders all have to be kept happy. Everybody has to be on board otherwise we would not have a budget. However this gives us stability. It means that the festival will continue, even if the economic situation is hard. But, you know, they cannot really change the programme. I can be a very difficult woman and the final decision is always taken here.” 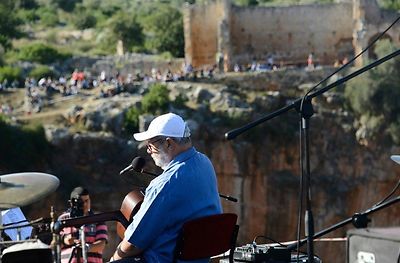 The organisation is supported by municipalities, chambers and some leading industries in Mersin, that along with volunteers help with the preparatory work and on-going activities of the festival. The Mersin International Music Festival has always been diligent and enthusiastic in organising activities at the antique areas of Cilicia, an important centre in antique history, thus mingling history and music in a contemporary arts atmosphere which has been highly appreciated by city dwellers as well as visitors. This festival has been an EFA member since 2007. 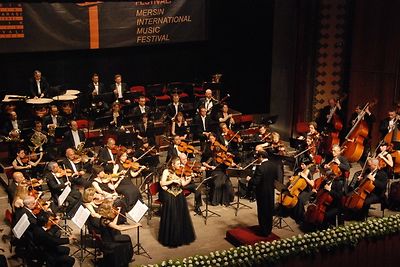