The 8.45am staff meeting was a nervous one. Days after the usually fierce General Manager, Oxana, had been told bluntly by the immovable Mayor that all the money for the festival was to be cut off, the unthinkable had happened. The Mayor had phoned her personally: not via Skype or Zoom, a private old-fashioned phone call.

“My dear Oxana,” the Mayor began. She was using her smoothest voice so Oxana knew there was trouble ahead. “I have a little confession. The idea I told you about for my children's fund was true but my remarks that the darlings would get one left shoe for a hundred euros and the right shoe for two hundred was of course my little joke.”

“You've decided we should carry on as normal,” interrupted Oxana. “Thank you.”

“Ah, um,” the Mayor was never averse to thanks but knew they were about to be withdrawn, “not quite, I'm afraid. Not as normal, naturally.”

“We have had to make some adjustments. As you will have realised your city funds were not totally stopped last Thursday. That was because of computing error, so don't get too excited. From next month you will only receive half the usual amount.”

And that was the message Oxana had to relay at the morning Zoom staff meeting to her dispersed and home-imprisoned employees. Luckily not all the festival's money came from the city but Oxana had a nasty feeling that where the Mayor led, sponsors would soon follow. She had spent the weekend trying to work out who and what should go. It wasn't easy; production staff were vital this close (eleven weeks) to the event; press officer and accountant essential, though their assistants were not.

On the other hand, hospitality could be pared back in the circumstances, rather cheaper hotels booked for the artists, and 'human resources' could write their own redundancy notices once they had written the others. Tell them last!

She was happy to inform the morning meeting that most jobs were safe for the moment. The moment, she warned, might not be very long and so sighs of relief were premature.

Carlo and Sofie assumed they were inevitably expendable. As Oxana tactlessly reminded them in front of everyone else, they were forgetting how cheap they were as interns. Indeed, since the town was overflowing with bored students released from colleges early, they would soon each have their own work experience deputies.

Deputy to the Executive Assistant Intern; now that, thought Sofie as she imagined her new side-kick's fate, really was starting at the bottom of the career ladder. 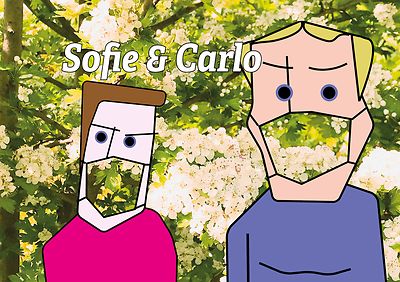