With only days left before the festival was due to start, Carlo's usual languid style (never hurry, never show haste) was showing signs of stress. This upcoming season was going to be so different than last year's. One might have thought that was because so many events had changed, so many plans been hurled into the rubbish bin. But no. The stress was more personal. He was having to work.

There might have been less events in the festival but they were still events and they had to be managed – and the cut in shows and audience size had been matched by the cuts in staff and volunteers. General Manager Oxana's instructions had been fierce and clear.

“The seats have to be marked out so nobody sits within one and a half metres. No couples. You use tape. A lot of it. We have many rolls of yellow tape with black stripes.”

“Then you will not mind marking out the steps and the spacing for the queue as well,” Oxana added. “Call me when you've finished. There'll be plenty more.”

Three hours later Carlo was on his seventh roll of tape but only one third up the rows of the outdoor fake Roman amphitheatre where most of the live performances were scheduled to take place. The sun was baking down and even his Italian soul was beginning to show signs of blistering. He finished a row, chucked the cardboard core of the roll miserably at the stage, and stood up straight. He could feel the sweat glueing his t-shirt to his skin and looked up at the bleached concrete with its hectares of plastic seats reaching towards the sky.

Time for a break, he decided, and made his way out of the theatre and into the shade of the trees behind. The outdoor bars and food stands were in place but deserted. Carlo gazed at the empty fridges thirstily. A cold beer, gelati, a handful of ice cubes against his neck, across his brow – there was nothing. It was unendurable.

The amphitheatre was not in the centre of town. It was in a fine park constructed in the grounds originally surrounding the old Archduke's summer palace but now the headquarters, pride and joy of the university. It was summer so the student buildings were closed anyway but the virus meant that so were the staff cafeterias and the public coffee shops. Drinkable water was a long way distant: at best a bus ride.

Carlo realised his head was burning, throat parched and his eyes were finding it hard to focus in the shadows. He thought of all the days he normally spent in the summer on the boiling shores of Lake Trasimeno or the grilling beaches of Sicily. Surely he could not be getting heat stroke in this landlocked nest of middle Europe! He swayed a little, feeling dizzy.

“How's it going?” a familiar voice called, and a figure drew nearer. “Are you all right?”

“Water,” he muttered hoarsely, “have you any water?”

Sofie slipped off her small backpack, handed him a bottle, watching him as he drank. “Not too fast!” Carlo poured some over his head and into his eyes, then drank the rest. “Silly boy!” Sofie said. “Oxana sent me to help. Luckily I have more sense than you. I brought four bottles.” 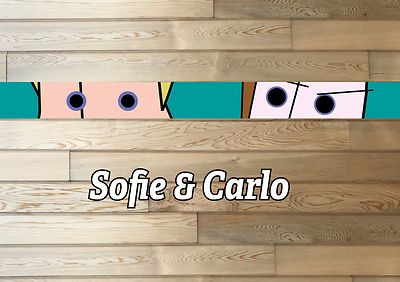