Back to Festival in Focus

A businessman in Lebanon called Emile Bustani commissioned a hotel in the hills and called it the Garden, Al Bustan, a neat conjunction of name and location in Arabic. A generation later a festival started there. Another generation later it is going as strongly as ever and has become an important focus for the community. The story of the Al Bustan Festival can be summed up in that stark description but expand the narrative a bit and it becomes far more interesting and important.

Nowadays the architecture is seen as just typical of its time but when in opened in 1967, sadly four years after Bustani himself was killed in a plane crash off the Lebanese coast, it was the height of fashion and caught the mood of the city at its optimistic height, a playground for the rich and famous of Europe and the Levant. The optimism did not last long, as the Israeli-Arab war of 1967 forced ever more Palestinian refugees across the border and, in the mid 1970s, Lebanon too descended into two decades of violence.

When the civil war subsided at last in 1992 the hotel, as well as the society, needed reviving. So as well as modernising the building, Emile Bustani's daughter, Myrna, decided to use the building's 480 seat auditorium as the main venue for a Winter and early Spring classical music festival – a perfect way to re-establish a sense of civilised normality and to symbolise a cultural renaissance for Lebanon. In fact it achieved even more, becoming the first classical music festival in the Middle East, outside Israel. 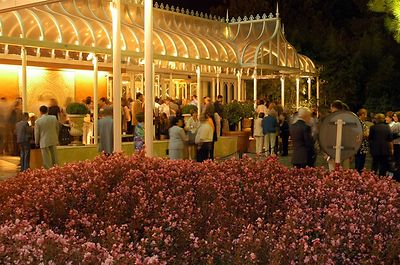 Peace is a condition that is always fragile in Lebanon (though in recent years the turmoil in neighbouring countries has made Beirut feel more relaxed than most of the Middle East) but the Al Bustan Festival now has a firm place as a beacon of cultural life, even through complex challenges.

The 2020 festival was held but minus its last six concerts which had to be cancelled because of COVID-19 restrictions. Even without the pandemic, though, it was a struggle because Lebanon had been brought to near standstill by anti-corruption protests since the previous October, with many of the roads closed, either by police or protesters. 'We had to decide whether we were being irresponsible and answer the question of whether, in this situation, why there should be a festival,' says Laura Lahoud, the Executive Vice-President and daughter of the founder (who is still the President).

'We decided it was actually our duty but it was a battle every day, whether for ticket sales because people have so little money or because sponsors were nervous and pulling out. So we tried to open the festival as much as possible by just having one symbolic price of Leb£30000 (€10) and the hall was full; people really appreciated it. They love the hotel but we wanted to cancel the idea of difficulty and exclusive luxury. After this experience we realised the community of classical music lovers in Lebanon is much bigger than we thought.'

The Al Bustan Festival does not only take place in the hotel auditorium. Concerts also happen in the many extraordinary churches in the area – some relatively modern but others almost as ancient as the Christian religion itself - and in Beirut's public buildings. 'The whole idea of the festival from the beginning just after the end of the civil war was to make the music accessible to the Lebanese public and give outsiders a different view of the country.' 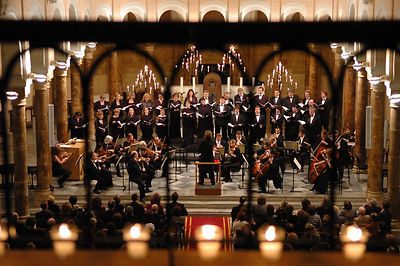 Over the 27 years the festival has built up strong relationships with agents and artists around Europe, mixing local ensembles, the Lebanese diaspora, and international performers. For 2020 the last group of concerts (sadly cancelled because of the pandemic) were to have featured the National Chamber Orchestra of Armenia.

There are public masterclasses by visiting artists but with Beethoven's anniversary dominating the programme (a different theme is adopted each year), Laura felt it was important to reach into less obvious parts of the community. The reality of Beethoven's own debilitating deafness was brought home by involving Lebanon's hearing impaired groups. 'They were going to be involved in the final concert – Beethoven's Ninth Symphony, of course, with its great hymn to humanity.' That was a victim of the closedown, 'but before that we were able to have a performance of the 6th Symphony, the Pastoral. They put together an extraordinary dance accompaniment to that.'

There is a continuity of vision through the Al Bustan Festival, a determination that the challenges of living in one of the most turbulent regions of the contemporary world should not prevent local people and visitors from finding the refuge and excitement of high quality artistic music making.

For more information you can visit the website of Al Bustan International Festival. 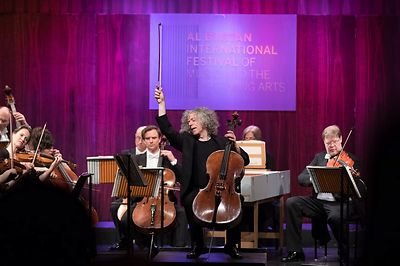