Back to Festival in Focus

Romaeuropa is one of those rare institutions that started out in very conventional circles but has become steadily more radical as it has got older. It began in 1986 as an initiative of the great foreign academies in Rome, the half study centres, half diplomatic residencies for the humanities left over from the Enlightenment, when no young intellectual worth their aristocrat's patronage would miss the chance of a Grand Tour that included Rome.

The French Academy was started under Louis XIV and Napoleon moved it into the Villa Medici. It's Prix de Rome for music was fought over from Berlioz to Boulanger. The 1894 American Academy, in the Villa Aurelia, predates the British School by two decades, and these days Finland, Romania, Egypt, Germany, Sweden, Switzerland, Hungary and Romania follow the tradition in equally magnificent establishments.

The festival was born, thanks to Monique Veaute, in the courtyard of the Villa Medici but it has always been about the contemporary arts, not the heritage, and it has continued in that vein, becoming gradually more and more experimental while at the same time remaining part of the city's official arts infrastructure. It is now a fully Italian operation, though it preserves its ties with ambassadors and the resident cultural institutes, some of which have places on the foundation's board, and to an extent uses them to bolster the international aspect of the programme. 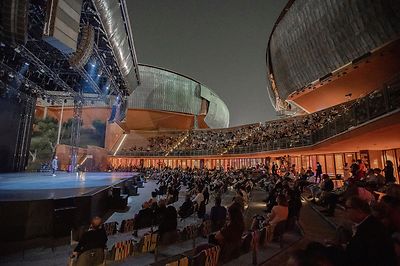 Romaeuropa has its own home these days too, in a converted woolen mill close to the east bank of the river to the south of the ancient city, where the humidity by the water kept the wool easy to work with. The wool has long gone from Opificio (the factory) and the immaculately clean white walls, glass and steel are a symbol of how the Ostiense neighbourhood has changed, from thousands of years of industry to being of the trendiest quarters of Rome; cheaper than the areas up river, with buildings ripe for renovation, repurposing and steady gentrification.

The festival is an autumn event and while its home base may be in Ostiense, it takes place in venues all over the city, from palaces and traditional theatres (like the Teatro Argentina, built in 1732 at the place where Julius Caesar was assassinated) to Mattatoio, a converted abattoir, and the Teatro India, which was once a brick factory. 'This year, of course we are going back outdoors more,' says Stefania Lo Giudice, who curates the children's side of the festival and works with the current Director, Fabrizio Grifasi. There has been a specially devised dance work by the German choreographer, Sasha Waltz, Dialoge Roma 2020, in the outdoor auditorium of the Parco della Musica, and its opening in MAXXI – the Museum of 21st Century Art – filled with dancers and emptied of installations. 'We've been so happy to come out again after the virus break,' Stefania says, and she is particularly pleased that the children's festival runs over two weekends in November. 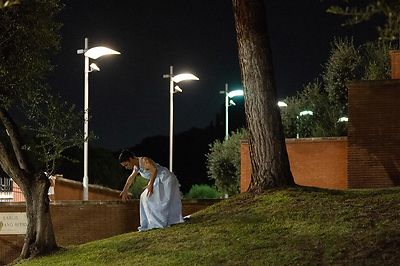 With a tradition of outdoor performance and the development of digital delivery, Romaeuropa was well placed for the 2020 challenges. It started using technology for multi-media performances early in its existence but these were mainly about technical innovation within the venue. Now it is starting to commission digital work more widely and connecting Rome with artists online from Gaza to Japan. 'Obviously this section is growing,' says Stefania, 'but we learned many years ago that “new” media is just another branch of media, another tool in the artistic box.'

In the early years the festival was more official, working in fewer and more classical spaces. 'Year by year that has changed. Now we are part of the underground too, working in squats and alternative spaces, open to different audiences at multiple levels. These days we work with a lot of students, hoping they will steal our ideas. We try to keep all our contacts – in touch with the city but with our eyes and ears open.'

She has been working as a producer with Romaeuropa most of her professional life, more than 20 years. 'We have always been a very young team, then and now. But we have also been very stable. Our Technical Director has been here for 30 years and makes sure the crew knows all the aspects of staging – and they are all English speaking. There is a tradition in Italy that everything should be done by hand, if possible. It is always a surprise to companies coming from abroad that we can achieve high tech results in low tech theatres. What has enriched me is that all of us who began at the start of this century have had the chance to grow. We had come from practical roles into artistic ones so that we know how the festival works from the production side.'

For more information you can visit the website of Romaeuropa 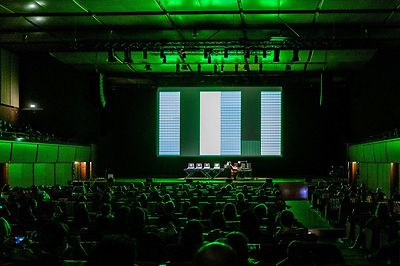