70 years after its birth, EFA is inviting for a continued agenda setting for festivals. Starting point for our ongoing reflections is the 70-Years-On Agenda.

For the seventy years of its existence, the European Festival Association (EFA) has been continually evolving. At its birth, in the aftermath of World War Two, the organisation aligned with the need to rebuild Europe and the world with the arts. Now, seventy years later we are standing, partially, in the ruins of that attempt. We must admit that culture was and is vulnerable and instrumentalised by the political powers. Without transgressing from our remit, we feel obliged to state our solidarity with the victims of war to express our firm belief in the sovereignty and dignity of all people, to endorse the need to de-colonise the last empire and hear the voices of the oppressed.

The latest steps are logical developments for the Association. From an exclusive membership society, in an age when breeding artistic and social capital was a major role of arts festivals, EFA grew committed to more and more social, political, and even economic values and aims – parallel with the ever-expanding functions of arts and culture in society. Far from being a linear progression, opening and expansion have remained decisive features of the trajectory of the Association. As a mature membership organisation EFA has been, reaching out to a variety of new stakeholders in the past few years and has shown its engagement in a growing array of societal causes. This stance is likely to characterise the life of the Association in the foreseeable future, while at the same time providing activities to increase the organisational and artistic opportunities of its members.

In its capacity as a responsible and responsive body, EFA is guided by a Thinking Group, whose current members introduce themselves in the following pages. It is they who have shaped the European Festivals 70-Years-On Agenda for the next few years and have pledged to be around when this menu is put into action – an agenda that remains under continual construction. They help define the aura of the Association in its interaction with festivals (members primarily and thousands more through various projects), authorities, media, funders, fellow associations, and other partners and stakeholders.

The potential impact of festivals on society and their social purpose is at the core of this agenda. What makes festivals for issues that transcend their commitment to the arts? In fact, it is culture that is laden with such a charge in our age and festivals are an eminent medium to realise this mission and the capacity of the arts. 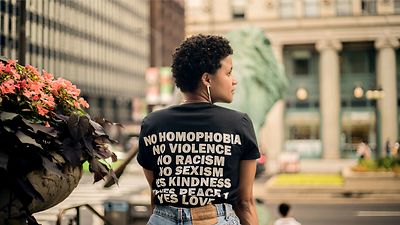 The 70-Years-On Thinking Group shaped the 70-Years-On Agenda that will guide EFA's work in the next few years and remain under continual construction.

The members of this group have given a statement related to the following question: How can a festival impact society most significantly in your opinion? Can we influence politics as a sector? Do we want to fulfil a societal purpose? more than ever, or less?

You can find their statements on this page: 70-years-on-thinking-group