Cities brand and present themselves in various ways. To be a cultural city, even a festivals city, associates cities to a vibrant place, a place of well-being and of good quality of life: offering citizens to participate in ‘their’ festivals, and visitors to fall in love with a memorable, unique destination.

The European Festivals Association, the City of Bergen and the Bergen International Festival invite you to the 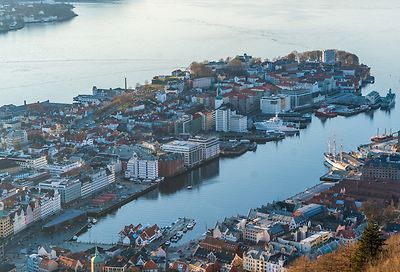 Register for the workshop

In this partnership between festivals and cities, it’s now time to propose some first joint actions. Developed by a steering group of cities and festivals from Rotterdam, Bergen, Ljubljana, Edinburgh, Gent, Krakow and Belgrade, we will hold a workshop to reflect on the idea of a “festival cities seal”, with the idea behind to recognise and stimulate cities and festivals to work more closely together, and to invite for a process of exchanges at the same time.

The Bergen International Summit « The Power of Art and Culture in Transformation » will put art and culture at the centre stage this year. It will highlight and salute the innovative and creative nature of the arts; it will question and debate how these values can function as a resource for interdisciplinary collaboration, social development, collaboration across borders and urban development.

Join us in Bergen: for meeting colleagues, for artistic beauties, and in-depth exchanges on how to include culture in the core of sustainable actions within our cities. We are looking forward to seeing you in the North online.

Barbara Gessler (Head of Unit Creative Europe, EU Commission DG EAC): “In Europe, the arts are just a festival away” (FestivalFinder.eu) - The local and cultural Europe

Academic projections: Survey on Festivals & Cities, Regions by Péter Inkei (Director of the Budapest Observatory of Summa Artium), including the study “The added value of local branding” by Sampo Ryoppy (research trainee at the European Festivals Association)

Political / strategic projections: How can a festival cities seal contribute to urban development by Nele Hertling (Spokesperson of A Soul for Europe)

Technological projections: Introduction of a city widget box and its concept by Bart Temmerman (General Director of publiq)

The proposal of a festival cities seal – why?

We invite various colleagues to join the conclusion exchange. These initiatives work on the importance of including the cultural and European dimension in local urban development. They include among others: “A Soul for Europe” and Stiftung Zukunft Berlin’s Platform ‘Europe Bottom Up’, OECD, Eurocities, KEA, Cultural Routes, Committee of the Regions, Culture Action Europe, the informal ECOC network, cities of Innovation network, Cultural and Creative Cities Monitor, UNESCO, European Travel Commission, Festivals Adelaide and the Festival Cities Network, Culture Next network, European Democracy Network.

Wednesday 26 May, 9.00 – 11.45 AM CEST: Bergen International Summit "The Power of Art and Culture in Transformation"

The Summit will focus this year on: 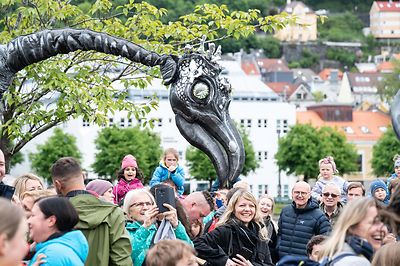 The Festival Cities (a)Live Workshop is organised by the European Festivals Association, in collaboration with the City of Bergen, the Bergen International Festival and the input of the Cities Steering group including the cities of Rotterdam, Bergen, Ljubljana, Edinburgh, Ghent, Krakow and Belgrade.

This meeting is organised in the framework of the project FestivalFinder.eu (a)Live Now, a project implemented by the European Festivals Association in partnership with the City of Bergen, Italiafestival, Summa Artium, EURACTIV Media Network and publiq, and co-funded by the Creative Europe programme of the European Union.