Together with Bosnia and Herzegovina

The European Festivals Association (EFA), together with its members from around 40 countries and partners such as the European House for Culture and A Soul for Europe, is working to raise awareness on the role culture plays in the process of the development of citizenship, democracy and freedom. “The International Festival Sarajevo Winter has been an outstanding example of how to involve citizens from Sarajevo in its artistic activities for 30 years now. In view of the recent protests in Bosnia and Herzegovina, the European Festivals Association supports the festival in its actions and its engagement for solidarity and democracy,” says EFA Secretary General Kathrin Deventer.

EFA’s 2014 General Assembly will take place from 26-28 February in Sarajevo, hosted by the International Festival “Sarajevo Winter”. The Opening Ceremony of the 30th “Sarajevo Winter” Festival scheduled to take place on 8 February in front of the National Theatre, has been postponed due to demonstrations in the city and throughout the country. The next day, the programme of the festival took place as planned.

“B-H primarily has to think about all its citizens. Art, freedom and peace are not just slogans, they represent life,” said Festival Director Ibrahim Spahić. He extended thanks for solidarity to artists and invited guests supporting the Festival, and emphasised that solidarity in the country is what everybody needs now. Mr Spahić added that, regardless of the circumstances, the way out can be found only in dialogue. “Those in power cannot reject it just as they cannot but accept the reasonable requests of the people. We do not need violence, but peace, patience and responsibility.”

Both EFA and the Sarajevo Winter Festival are eager to realise the happening of the General Assembly in Sarajevo.

“I hope that EFA can play a role, be present and somehow contribute with its example of solidarity and dialogue,” stresses EFA President Darko Brlek.

On EFA’s programme is, amongst others, the so called “Sarajevo Conversations” which will discuss today’s society’s challenges, questions and opportunities, and in this context Europe’s future and the role of festivals with the aim to contribute to the mission of finding a paradigm for Europe in which its citizens assume an active role, and in which the importance of culture in the European integration process is acknowledged and better exploited. We will also look at historical events which had an impact on the characteristics of Europe and its regions today, such as the Balkans, during which festivals had a “business case for humanity” (Sir Jonathan Mills) and arts and culture an important role in reuniting citizens.

The Sarajevo Conversations will address questions such as: How do we want to live together in our time and space? What role do arts and culture play to contribute to re-conceptualising and enhancing democracy, and freedom of citizens? How can we contribute to the understanding that peace and community are a privileged construction, not a natural state of human existence? 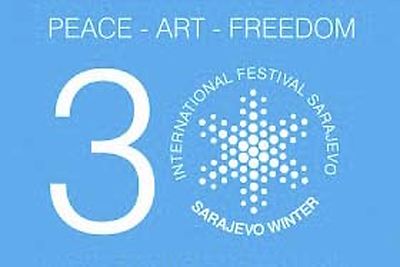