On 26/27 February 2014 in Sarajevo, Bosnia and Herzegovina, the European Festivals Association (EFA) will organise the “Sarajevo Conversations” in the framework of the 2014 EFA General Assembly, hosted by the International Festival “Sarajevo Winter”. Some 120 festival directors from all over the world will attend the annual EFA gathering, for the first time in the Association’s 60-years history hosted in Sarajevo.

The Sarajevo Conversations will discuss the role of festivals in Europe’s future with the aim to contribute to the mission of finding a paradigm for Europe in which its citizens assume an active role and in which the importance of culture in the European integration process is acknowledged and better exploited. To formulate a vision for the future, speakers will look at historical events which had a clear impact on the characteristics of Europe and its regions today, such as the Balkans, during which festivals had a “business case for humanity” (Sir Jonathan Mills) and arts and culture an important role in reuniting citizens.

The opening of EFA’s General Assembly takes place on 26 February in the presence of local and international cultural and political representatives. An inspiring conversation between Prof. Dr. Senadin Musabegovic, Poet, Professor at University of Sarajevo, and Nele Hertling, Member of the Strategy Group of “A Soul for Europe”, will elaborate on the creation of a Europe of citizens through one of Europe’s most valuable resources, its culture. Following the opening, the conversations continue on 27 February with Jonathan May, Digital Producer London International Festival of Theatre, and Amila Ramović, Executive Director Sarajevo Chamber Music Festival, moderated by Nele Hertling.

2014 marks a historic year: it will be 100 years after the outbreak of World War I; the 60th anniversary of the European Cultural Convention; 30 years after the Winter Olympics in Sarajevo; and 10 years after the 2004 EU enlargement, the largest single expansion of the EU. But 2014 is also the year of European elections, based on a new transparent procedure that should give the European integration a new and strong impulse.

Today, Europe is at the crossroads to defend and define its future which continues to be a project of peace and solidarity. To keep this peace project alive our joint efforts are needed. The gathering in Sarajevo will demonstrate our joint commitment. Located in the heart of the Balkans, where many cultures, religions, and languages co-exist, Sarajevo and its history teach us that time and space are fluid; we have the opportunity to position ourselves, as citizens, our memory, awareness and perspectives, and to assume our responsibility to take an active role in shaping this space and time we live in.

Festivals provide a space for artists to reach out to their audiences, inviting them to step out of their daily routine. In Sarajevo, we will explore in how far festivals assume their responsibility to create a free space for artistes and for audiences alike. We will explore how a festival defines its own identity, how it can trigger participation and engagement, and how it can create bridges between different actors it provides a space for.

“The Sarajevo Conversations offer a great possibility in this historical place and a moment to deepen these experiences between artists and citizens as important players in the future Europe,” says Nele Hertling.

The Sarajevo Conversations are EFA’s and festivals’ contribution to the Cultural Coalition for a Citizens’ Europe, an initiative of “A Soul for Europe”. They are part of a series of events in various European cities, such as Amsterdam, Berlin, Brussels, Cluj, Lyon, Sofia and Sarajevo, organised by the partners of the Cultural Coalition. To jumpstart a dialogue towards the 2014 European elections, the Cultural Coalition developed a working document under the title The Decisive Deal: A European Resolution on Culture, for Values, Democracy and Citizenship. The Sarajevo Conversations will discuss input from festivals for this document and the role of festivals in realising its goals. Discussion results will travel to Berlin where “A Soul for Europe” and the Cultural Coalition are inviting candidates for the position of European Commission President to debate critical European issues with artists and intellectuals at the Berlin Conference on 3 March 2014. 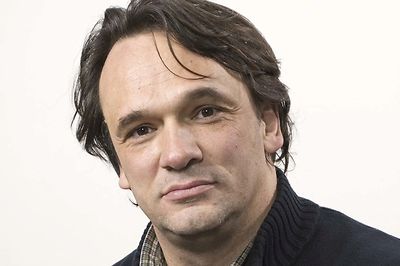