For 53 years the Israel Festival has been one of the cultural events most identified with the city of Jerusalem, both locally and internationally. Over the years the Festival has carried on an ongoing artistic dialogue with the historical sites and institutions of the city. The festival hosted leading artists and wisely harnessed the city’s uniqueness and magical sites as a magnet for artists from East and West. It has broken out of theatre venues to set its stage amid the ancient stones and ramparts of city's historical locations.

CEO Yossi Tal-Gan said: “The programme of the 2014 Israel Festival not only brought us leading and unique artists from around the world, but also focused on some of the great Israel artists and performers who broke out into successful careers from the breeding ground of Jerusalem, the Festival’s beating heart: the unforgettable Yossi Banai, to whose works a special evening was dedicated; actor and singer Yehoram Gaon, a veritable national treasure; the unique international artist Asaf Avidan; talked-about choreographer Hofesh Shechter; theater director Yossi Yizraeli, alongside the new generation of artists growing up and working in the city. The Festival continued in its tradition of previous years – designating a special area for free performances.”

The 2014 Festival was the last Israel Festival under Yossi Tal-Gan’s direction, after 22 years in which he has served as CEO of Israel’s largest and most important international festival.

Yossi Tal-Gan said: “As this is my last year as CEO of the Festival, I would like to take this opportunity to thank the very special staff of the Festival, which has accompanied me over the past two decades with enthusiasm, loyalty, and professionalism. I was lucky to be exposed for so many years to great people from around the world – artists, top organisers and festival directors – thanks to the members and staff of the European Festivals Association (EFA): many of them became my close friends.” 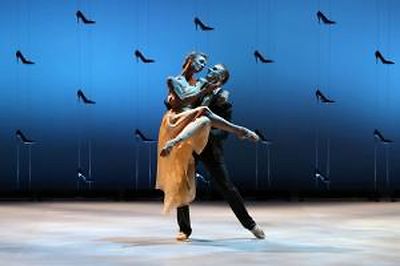