Estoril Lisbon, a Festival with Heritage

The 43rd Estoril Lisbon Festival will take place from 1st to 28th of July with the theme “A festival with heritage”. 2017 is the year when Lisbon is Ibero-American Capital of Culture. The Opening Concert, to be held at the National Theater of São Carlos, will present the world premiere Cantata Vera Cruz op.56, for choir, orchestra and narrator, by Nuno Côrte-Real. This work, commissioned by the festival, where Past and Present cross each other enriching our heritage, is preceded by the Symphony nº. 2, by Schumann. The interpreters are the choir of the National Theater of São Carlo, the Portuguese Symphonic Orchestra and Luis Lima Barreto, under the direction of Nuno Côrte-Real.

In the same direction, the festival will pay tribute to the painter Bartolomé Murillo, marking the 4th centenary of his birth with four concerts spanning six centuries of Spanish music. Among others, Sebastián Mariné's Niños de Murillo ("Niños de Murillo") will perform. This set of concerts will feature the participation of organist Andrés Cea Galán, pianist Mario Prisuelos, and Orphenica Lyra groupings, of the renowned specialist in ancient music José Miguel Moreno, and the Sonor Ensemble.

Save the date for the Festival Week at Ajuda National Palace, which will take place from 8 to 15 July, with 4 concerts and the participation of the Metropolitan Orchestra of Lisbon, Sonor Ensemble, Orphenica Lyra and Orchestra of Cascais and Oeiras. Note the presence of the cellist Isabel Vaz, 1st Prize of the Interpretation Competition of Estoril of 2016, with Concerto nº. 1, by Haydn, and the program of the Cascais and Oeiras Chamber Orchestra dedicated to the night, where Schönber's Transfigured Night sings the music of Tchaikovsky, Mozart and Borodin.

The 43rd FEL will include the traditional Organ Cycle with concerts in the Church of São Vicente de Fora, Patriarchal See and Jerónimos Church, by the organists André Cea Galán, Maurizio Salerno and António Esteireiro, in an original program with the baritone Armando Possante, as well as Concerts at Palácio Foz with the pianist Mario Prisuelos and Daniel Cunha, dedicated to Iberian music and also the 5th Young Festival to be held at the Cultural Center of Cascais from 5 to 26 July in which young groups and soloists participate.

Simultaneously, the 53rd Estoril International Music Courses take place from July 3 to 29 and the 19th Estoril Interpretation Competition from July 14 to 16.

The 43rd FEL will conclude on 28 July with the closing concert to be held in the Cascade Garden of the National Palace of Belém, with the Russian String Orchestra under the direction of Misha Rachlevsky, in an engaging program with works by Elgar, Shostakovich, Strauss and Tchaikovsky.

The 43rd Estoril Lisbon Festival is financed by the DGArtes and Lisbon City Council with the support of the Cascais City Council, Acción Cultural Española and the Embassy of Spain. 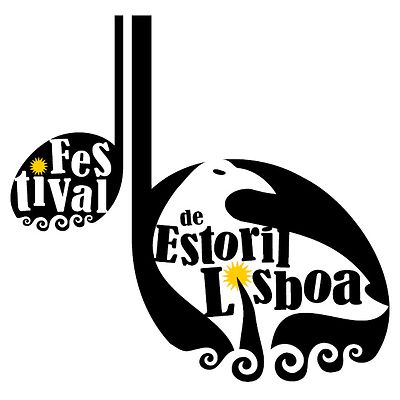