MITO SettembreMusica creates bridges between Milan and Turin through music

The name MITO SettembreMusica itself sums up and reveals the uniqueness of this music festival: It is a bridge that links two nearby yet very distinct northern Italian cities, Milano and Torino. Visitors are amazed and enticed by each city’s unique flavor and atmosphere. This year audiences can look forward to basically the same program for Milano and Torino, with slight variations that bring out the best in both host cities. Many Torino- and Milano-based musical groups have performed at MITO SettembreMusica over the years and taken advantage of the opportunity to create exchanges and build friendships.

2018 marks the third year for Maestro Nicola Campogrande as Artistic Director. Thanks to his leadership, MITO SettembreMusica has consolidated a renewed format, where the focus is on classical music and an exploration of the vast world of contemporary classical music. Each concert has been thought out to provide an insightful mix of music based on this year’s theme, Dance.

In all, 16 days of music in each host city, for a total of 125 performances that have been conceived for people to enjoy in the truest sense of the word. A celebration of music for the people, open to all, there for all to revel in. MITO prides itself in being a totally accessible festival – from very affordable ticket prices to the choice of venues, many of which are not usually home to classical music. Afternoon and evening shows make up the bulk of this year’s performances, with children’s shows on weekends.

Dance is music that can be seen, this statement inspired this edition's main theme of the MITO Festival. Among this year’s performances there are complete ballets and sublimations of dance in concert forms; Renaissance and Baroque dances, and their reinventions by living composers; concerts dedicated to specific dances (the waltz, the tango and others) and explorations of construction techniques (the syncope, the perpetuum mobile).

This year as well, to help audiences understand the idea behind each performance, concerts will be preceded by 4-minute spoken introductions. Special and specific attention has been focused on choral music. As in the past two editions, MITO 2018 is dedicating a whole day to performances of choral groups from Italy and abroad: a festive invasion counting ten afternoon concerts in venues throughout the two host cities, and culminating in that evening’s Open Singing event, to which all are invited to participate.

For the first time MITO has formed a productive artistic alliance with the MILANoLTRE festival, for the presentation of an all-new show. And thanks to collaboration with Aterballetto, three major programs have joined forces. As in past years, performances for children and young people continue to provide opportunities for discovering alternative ways to make music and musical theater.

More on the official website and the FB Page. 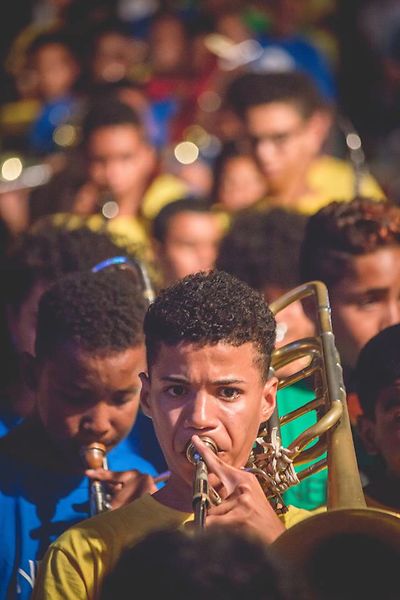