There is a freshly minted scheme by which existing members of EFA can help the organisation grow by introducing a new or returning member at half the usual subscription rate. This allows those joining to avoid the full fee in the first year while helping the established member reinforce alliances within their own network. As part of the process the new members are being introduced to the wider membership in a dedicated zoom session - something that would probably have not seemed such an automatically obvious idea before the tribulations of the last year.

The first such event brought together a mixture of festivals, some whose directors have already been extensively involved in EFA's activity's like Tamar Brüggemann of Wonderfeel, an outdoor summer classical music festival held in parkland near Amsterdam. Brought by CULTURESCAPES, Wonderfeel is in every sense a breath of fresh air. It is like a mini rock festival except that it plays classical music and does not publish the list of those performing before you buy a ticket. The performers play on their dispersed stages several times over so that audiences do not have to worry about missing performers they want to hear because of inconvenient clashes. Their ticket is a license to roam, like a ground ticket at a tennis grand slam, except that there are no fancy show spaces for the privileged only paying extra. All the music is amplified too, which may upset those who want to hear a natural acoustic balance (impossible outdoors anyway) but allows the audience to wander around the environmentally protected site without missing the music.

Another Dutch festival intimately involved in EFA but not for a while in membership is Utrecht Early Music Festival, probably the largest and most influential festival of its kind in the world. Co-opted by BOZAR, this festival, formed by former EFA President Frans de Ruiter, dropped out a few years ago but has been brought back into the fold by its current director Xavier Vandamme, because of his past experience as President of the European Early Music Network (REMA), and the realisation that he wanted to continue the wider involvement. Utrecht EMF originally focused on mediaeval and Renaissance music, performed in the town's array of ancient churches, but this century it has begun to explore so many other facets, from opera and the boundaries of period instrument playing to the connections between composers of our own time and the skills of specialist ensembles, reinventing textures and performance practices largely ignored for 150 years.

At the other end of Europe and of festival style is the Teatro Aveirense. This theatre is organising 3 contemporary festivals of performances in public spaces, digital work and site specific technology, organised in the northern Portuguese city of Aveiro, with its picturesque centre of canals and lagoon at the river mouth that gives the city its name. The festival's membership was promoted by Haris Pasovic of the Sarajevofest Art and Politics, showing how European discourse and radical theatre are never bound by national lines on the map. It was in this spirit that he also introduced the cutting-edge Divine Comedy Festival held in December in Krakow. It is neither concerned with divinity nor the overtly comic but uses experimental theatre to point to the absurdities of modern life, whether political or social.

Perhaps because the Balkans have such a dislocating history, some of the most inventive ideas are coming from there. Artlink is developing ways of helping the young musicians of the region to network more effectively, using the festival, so far held in Belgrade, to showcase their work. Artlink is even already collaborating with its co-opting EFA Member: Flanders Festival Ghent.

Forming a geographical sandwich with Artlink is a partnership arising from personal and professional friendship between the Festivals of Udine Castillo and Varna Summer International Music Festival. Varna is the oldest festival in EFA's membership, having taken place in the Bulgarian seaside resort since 1926, and it has paired with one started much more recently in a town at that crossing point between Italy and the Balkans north-east of Venice, the Friuli region, which has been a cultural meeting place for thousands of years. The director of Varna's festival, the violinist Mario Hossen, has teamed up with the flautist, Luisa Sello, to swap programme ideas, co-commission and, of course, perform in each other's festivals.

The words arts festival can apply in many different contexts these days. The Festival Castilla y Leon – Performing arts: FACYL Festival is a multi-disciplinary programme in the largest region of federal Spain, the landlocked area between Madrid and Portugal. It includes the fascinating cities of Leon itself, along with (to pick a few) Burgos, Segovia, Valladolid and Salamanca, where the festival mostly takes place. With so much live performance curtailed in the last year, though, FACYL has taken a wide ranging look at cultural policy in Europe, putting online discussions with many of those engaged in advocating for its development.

Much more intent on local presentation is De Bijloke, the concert hall in Ghent housed in an extraordinary complex of buildings that had been a hospital since the 11th century until the end of the last. Now the area is being redefined for the arts, a different but just as necessary component of well being. Its festivals are themed programmes throughout the year, many featuring the arts groups hosted on site. De Bijloke has teamed up with Festival van Vlaanderen.

Throughout the year is itself the theme of Festivals Edinburgh, which become unique as both a founder member of EFA and its newest member. The Edinburgh International Festival, along with its Fringe, has been a crucial part of Europe's cultural life for 74 years. However success breeds growth and now the city hosts a panoply of other festivals. Some, like the book festival, are held concurrently with the original events in August. Others, though, like the science, film, storytelling, jazz and children's festivals, appear in other months. They start (or finish depending on your perspective) with the Hogmanay Festival, held over New Year, two days more associated in Scotland with whisky than with art, which may explain the mild confusion with which audiences emerge into January. 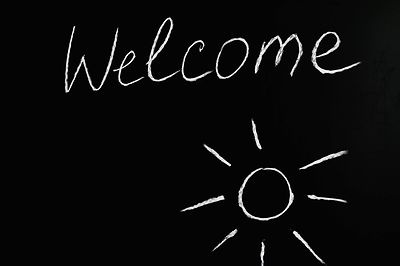