Simon Mundy, in interview with Haris Pašović, Director of Mittelfest, looks at the festival’s history and current success

Forgive us if this portrait of Mittelfest is as much about politics, modern and ancient, as about festival programming – for the point of connection between arts and the big political techtonics of our times is the territory that the festival explores. These days the town of Cividale del Friuli nestles against Italy's border with Slovenia but it has watched such frontiers come and go over twenty-one centuries, since Julius Caesar founded it in his own name as Forum Iulii – a meeting place between the Italian peninsula and the Transalpine, Pannonian and Illyrian peoples to the north and east. Not much has altered, for it is exactly that confluence that Mittelfest has been celebrating for the last twenty-seven years. 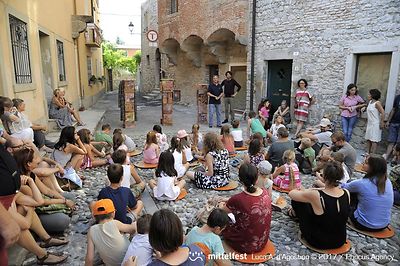 This landscape of low mountains and short rivers changed hands frequently, depending on whoever wanted to conquer northern Italy – Huns, Lombards, Byzantines, Austrians, Venetians or French. For much of the latter part of the twentieth century Cividale was at the edge of Balkan communism and it was to soften the effects of the iron curtain's disintegration that Mittelfest was founded. Middle Europe is defined as covering at least eighteen modern states between the Baltic to the Mediterranean seas. In 2018 those countries are united not only by their experience of the Cold War divide but by their more recent democratic decisions to elect aggressively nationalist parties into influence or power. 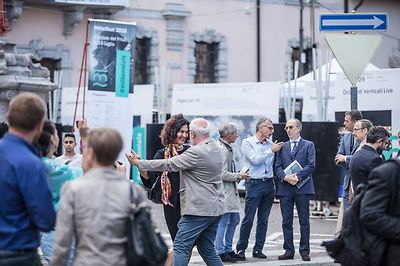 Haris Pašović, a veteran theatre director from Sarajevo with an almost unrivalled reputation for keeping artistic values alive in difficult times, confronts the issues head on in his introduction to this year's programme (the first of his three-year tenure in charge).  “Europe’s identity crisis is evident. Confused and trapped between its past, when it was the main player in the world, and its uncertain future, Europe feels that it needs to reinvent itself urgently in order to remain relevant and prosperous. MittelEuropa reflects a contemporary European challenge. MittelEuropa summarizes some of the most important questions today’s Europe is confronted with, such as: what is Europe’s role in the Globalisation 2.0? How multiculturalism shapes today’s Europe? Is immigration a problem or a solution? Why extremism is not an answer to the dangers that Europe faces? How Europe can remain competitive in economy, culture and sports on a global stage?” 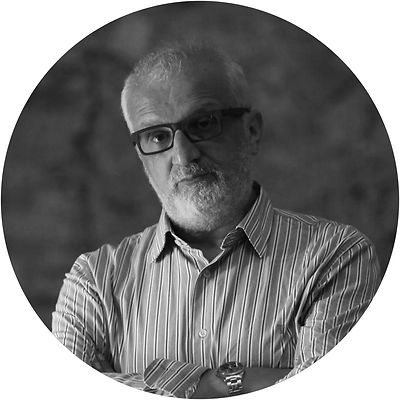 He expands on those ideas in our conversation. “Democracy has to find answers to these questions otherwise the problems could become even more difficult to solve. The role of art is to look at the phenomena that confront us: to understand the reality in a deep way.”

Haris is particularly interested in the generation divide and is devoting much of this year's festival to 'the millennials', those born between 1995 and 2005. “This is unlike other generation gaps,” he says. “These young people don't remember borders, wars, walls, multiple currencies, not being part of the European Union unable to move. I'm not implying anything about their politics or that they are one body – and some may underestimate the power and dangers of xenophobia – but they feel comfortable with globalisation. I wanted to see how their artists express their world view.”

Central to this is diversity. “It should be in everything; in forms of art, female and male artists in balance, ethnicity, country – together guided by one idea of this moment.” The tone for the festival is set from the start by the Hymn To Love with music by the polish composer Teoniki Roznyek to a concept and libretto by Marta Gornicka, with puppets and the Chorus of the Women's Foundation and Polish Theatre Poznan. Gornicka will conduct from the audience and says, “in Hymn to Love, I've composed a monstrous ‘national songbook’ out of various versions of the national anthem, marches, patriotic songs, religious hymns and folk songs – our shared musical repertoire, so eagerly being mixed by the nationalist rappers of today: 'tis a day of blood and glory! When working on this project, I was haunted by the image of the concentration camp orchestra that played marches, German classical music and tunes from pre-war operettas. The inmates were forced to sing along. Music played a part in the Holocaust. I am exploring the way songs were complicit in murder.” 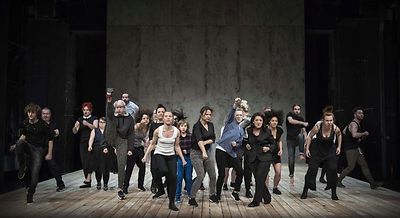 There is another theme in Haris Pašović's programme and it is centennial rather than millennial. At the end of World War I the Friuli region was the scene of the Italian Front, one of the most bitterly contested fights as the Austro-Hungarian empire crumbled, at which more than a million died. Italy (then on the same side as France and Britain) filled its depleted ranks of men with brigades of ragazzi, the boys who were born in 1899 and sent to the front immediately they reached their eighteenth birthdays. Haris has devised a concert at which the Ljubljana International Orchestra (drawn from several central European countries) will join forces under the young Slovenian conductor Zive Ploj Persuh with the Sarajevo Philharmonic. “Susan Sontag said the twentieth century began and ended in Sarajevo,” Haris recalls, “and we must be aware of that history while we must also understand that the reasons to fight those wars have gone.” 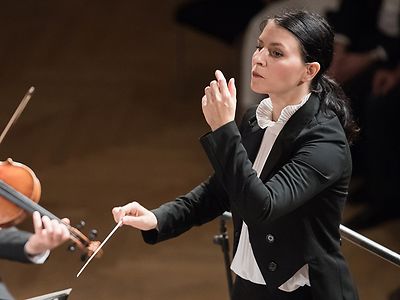 He is not pessimistic, placing Europe's current troubles in a long perspective. “We are seeing a process of turning to so-called strong leaders that really tests the limits of democracy. Brexit reminds us that society can act in a silly way. But it is a dynamic process and that it is why I feel the arts are essential. It is the countries that are open to and have invested in the contemporary arts that are resisting better.”

Haris says the twists and turns of politics do not need to be reflected precisely, even in a festival as closely aware of the context as Mittelfest. “I have learned that politics switch and that the political moment does not have to be the focus of artistic intent. Our job is to tell the truth in an interesting way. The story can be unsettling but the artist can tell it with great expression and skill. That is the ultimate optimism. Art is giving us the space not to be afraid.” 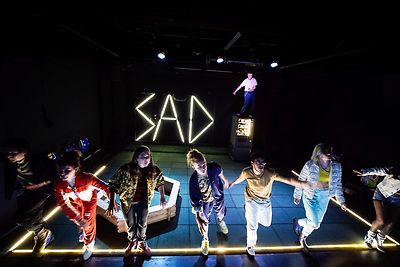 Mittelfest of Cividale del Friuli is an international festival of theatre, music, dance, poetry, visual arts, marionettes, and cinema from Central Europe. In all these years, Mittelfest has represented on the Italian and European cultural scene a window on the arts of Central and Eastern Europe by hosting different performances, and a meeting point for cultures through the co-production of shows and cooperation initiatives with Central-European artists and intellectuals.